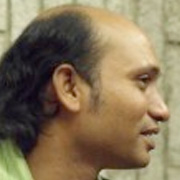 Lara is an exponent of yoga, having practised the entire array of asanas and pranayama techniques since the age of fourteen. Initially, he studied at the Krishnamacharya Yoga Mandiram, where he then taught for nearly eight years. His quest for perfection propelled him to further seek guidance from other senior and popular teachers in the field of Yoga and from his unflinching vigour and steady commitment he became the embodiment of excellence in asana,  prana kriya and pranayama. His dedication to practice has earned him the rare distinction of modeling for reputed yoga books of international standard. In fact, his mastery of the techniques of pranayama is such that he can voluntarily stop his own heart beat (pulse) for more than 20 seconds.

Having made steady progress towards mastering various postures and understanding the nuances of the effect of the postures on the body and mind, he began devising course planning for several categories such as Group, Individual, Special Needs, Children, etc. He has now perfected the art of both modifications, and course planning for specific outcomes.

Lara regularly conducts workshops on asana practice for international students in India and internationally as well as practising as a yoga therapist. His therapeutic application of yoga is testimony to his keen understanding and appreciation of modifications and adaptations of the techniques of yoga.  Mr. Lara strongly believes that dissemination of knowledge is the best way to serve the society.

YOGIC ANATOMY, PHYSIOLOGY AND PSYCHOLOGY – A practical study of the kosas, prana, the nadis and the mind